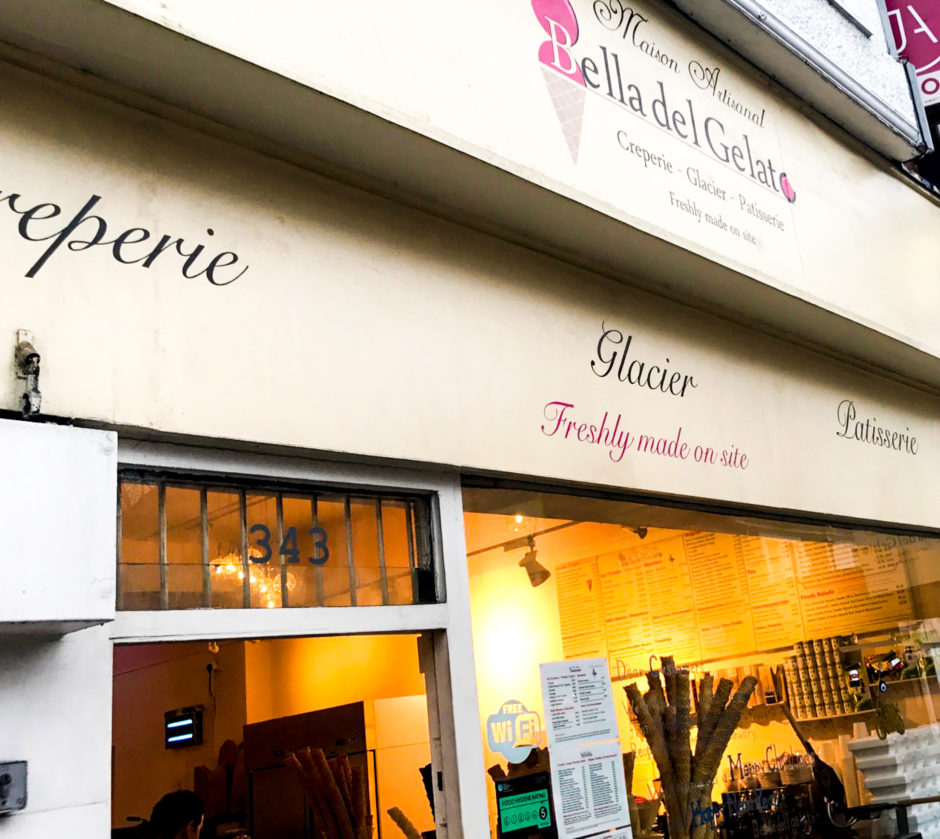 East Sheen (or Sheen for short) benefits from the river Thames to the north and the expansive Richmond Park to the south. These amenities, together with a distinctly village-y, bijou feel, make the area accessible to vanishingly few. For this reason it is home to wealthy families and a cluster of British screen celebrities, to include Philip Glenister, Catherine Tate, Roger Allam and Trevor McDonald.

A peak under the Waitrose-clad veil of leafy Sheen reveals a number of inviting, independent shops whose presence is surely the heart and soul of the district. Making a day of it, Palate sought to uncover the gems of SW14.

Valentina deli arrived in Sheen in 1991 – founded and still run by an Italian family. The fayre here is authentic and short of gimmicks. You can find all manner of unusual imports, with an emphasis on rare Italian food goods. 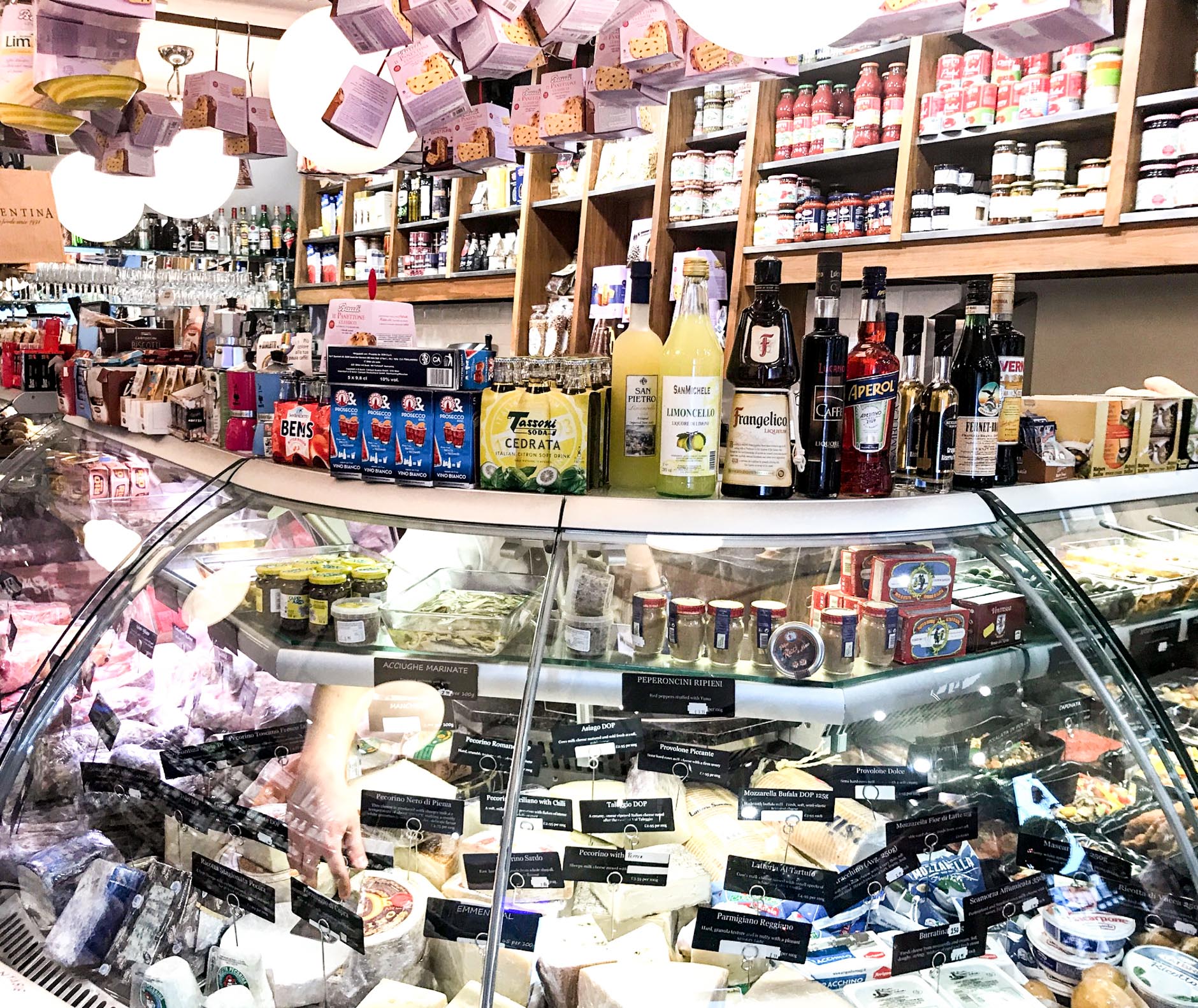 The store’s interior is a veritable curiosity shop of all things gourmet, with each slot, nook and shelf packed with Italian fancies, from Limoncello to Taleggio cheese. A neck injury is possible from sheer gazing upwards at the vast stock and, in the festive period, hanging panettone boxes adorning the ceiling like Chinese lanterns.

The staff members, as is common in a family-run business, are very pleasant and take pride in their work. On the day, I was so enraptured as to walk away with fine Italian cheese, a bottle of Brunello, panettone for Christmas and imported sweets.

A café can be found at the rear, which serves all meals of the day, as well as coffee and alcohol. Instinctively, it feels like a lunch venue – in which all the wonders of the store can be sampled.

Having been around for so long, it seems unlikely that Valentina is going anywhere – indeed, it should thrive. If the high street requires experiences and novelty to survive, both can surely be found here.

The craft beer movement has (rightly) taken hold in the U.K. and many a pub will serve a guest ale from provincial brewers. International flavours are also in vogue, with a national appetite for American pale ales, for example. 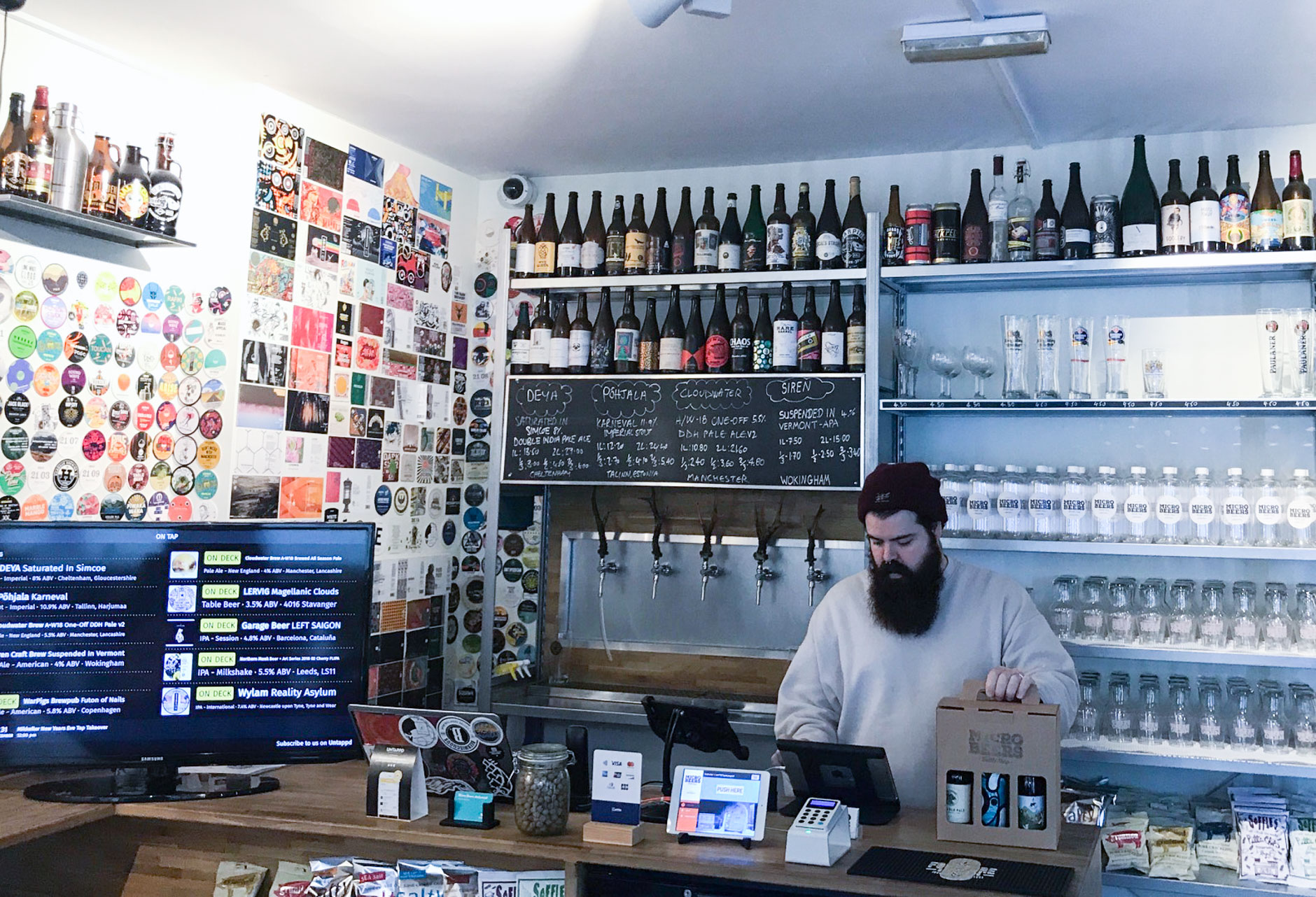 Perhaps no wonder that a tap room and bottle shop established itself on Upper Richmond Road (facing Valentina) so as to provide the community with rare beers from around the country and around the globe.

Not for the first time, I was presented with a kid-in-sweet-shop feeling at the sheer extent of the offering. A particularly nice touch at Micro Beers is a screen indicating not just what is on the taps, but what is coming up next. I can vouch for the keeping of the beers after sampling a cold, zingy pale ale by Cloudwater brewery, Manchester. The taps and wooden bars to lean on give the shop a distinct pub feel – it’s a place at which to drink and idle, as well as walk away with almost any beer you could think of.

Owner Sean, who was present, was good for a little chit chat. As you might expect, he’s cool and calm, with an air of pub landlord. He’s applied much effort and love to bedeck Micro Beers with collectors’ mats and appealing visuals, and has introduced take away options and quality glassware in the shop’s livery. Deliveroo will even bring a proportion of Micro Beers’ bottles to your home – but to miss a visit to the store would be a real pity. 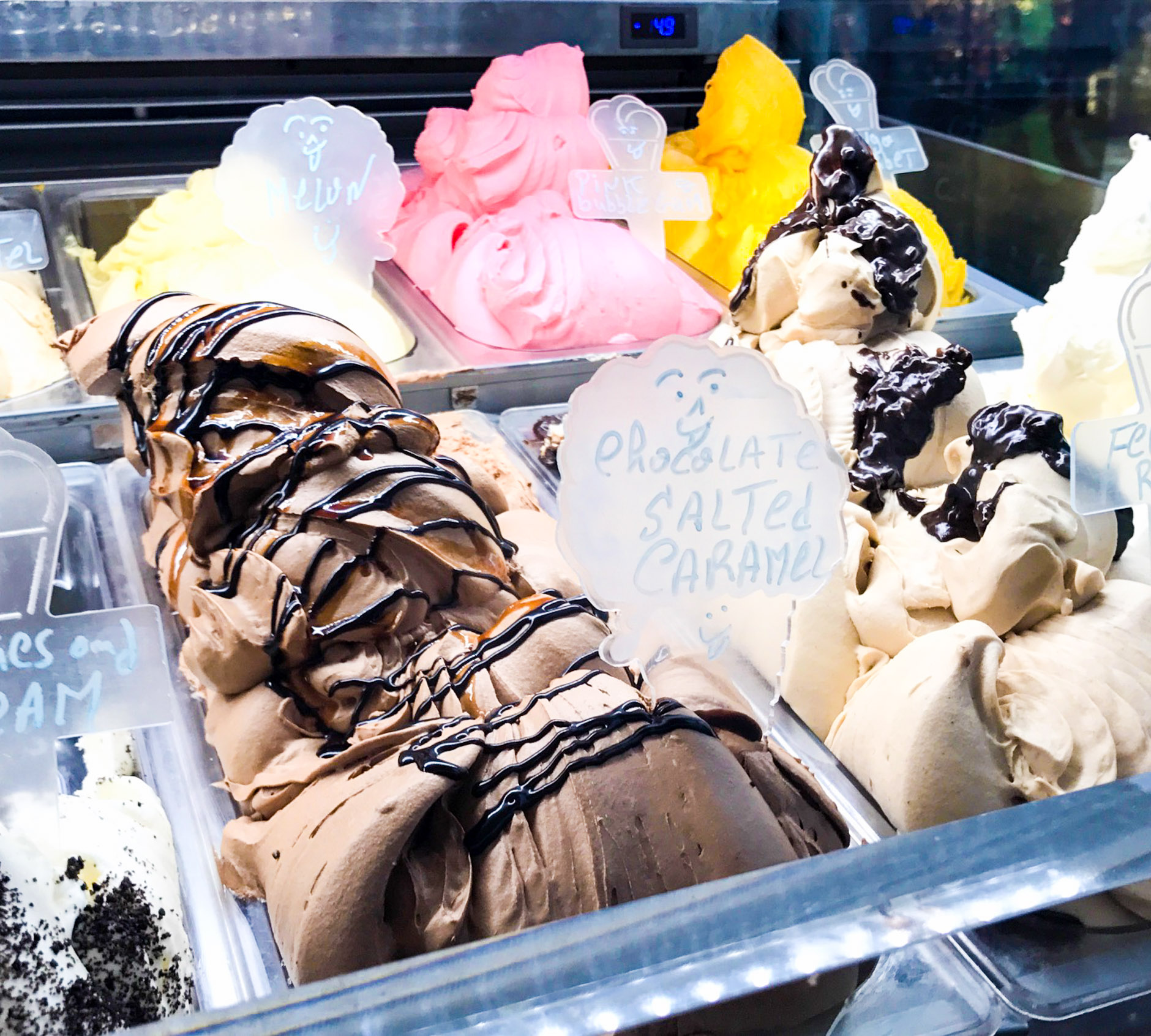 Returning to the Italian theme, the day concluded with dedication to the sweet tooth. I’d often seen the gelateria’s window while in traffic and longed to sample the joys inside. Presentation is key and Bella del Gelato has a display so inviting that, even in winter, the passer-by hankers for gooey, Italian ice cream. (Incidentally, gelato is apparently more-or-less ice cream, but is made with more milk and fewer eggs.  Gelato is also generally less high in sugar content.)

As would be typical at a gelateria in Italy, flavours are imaginative and wide-ranging – here including pink bubblegum, mango sorbet and melon. Needless to say I kept it simple with a cone of chocolate gelato that was so deep and rich as to be almost black in colour. With a velvety texture and smoothness unlike regular ice cream, this was a serious dessert.

Sheen residents are truly lucky to benefit from so many independent, quirky businesses on their doorstep. A number of others are still unvisited, such as The Plough pub on Christchurch Road or the two butcher shops to the west. If you could only remove the Heathrow flight path from overhead, SW14 would be an idyll within London living.