A Tale of Two Frenchies 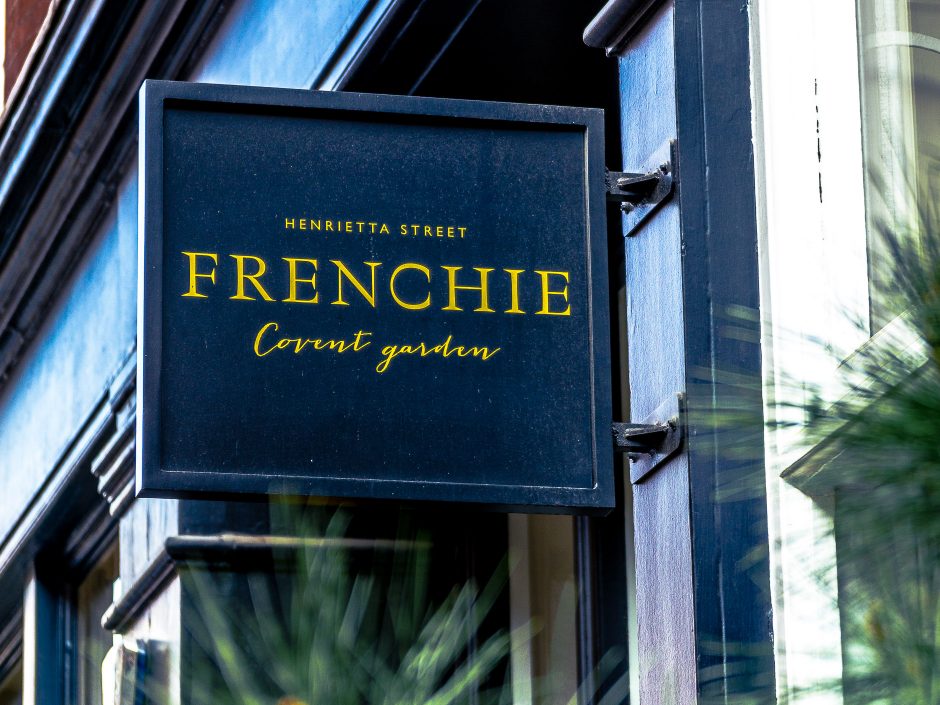 Gregory Marchand, who earned the nickname “Frenchie” whilst working for Jamie Oliver, opened his first restaurant in Paris to critical acclaim in 2009. In 2016 he opened a sister Frenchie in London’s Covent Garden. Opening a second venture is always a risky idea, wherever you are, and French restaurateurs have had a notoriously difficult time crossing the Channel to set up a second branch in London. Helene Darroze’s second venture at the Connaught was as disappointing as a deflated soufflé, and Le Chabanais – the London version of Le Chateaubriand – was distinctly unimpressive. Like with languages, a word for word translation doesn’t always work – there has to be a degree of adjustment to the local surroundings and culture, which is why these things can sometimes backfire. There are, however, plenty of success stories. Could Frenchie be one of them?

Whilst the UK is still actually in the EU and we don’t yet need to get a visa to go to France, what more exciting adventure can there for a curious gastronomer but to hop on the Eurostar and try out the two restaurants, to do a compare and contrast exercise? Purely in the name of science, you understand. 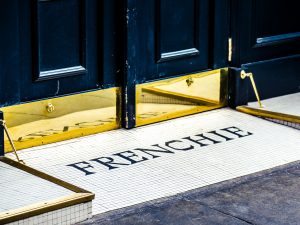 Like all siblings the two Frenchies exhibit similar traits, but have different temperaments. Both follow the current fashion for small plate neo-bistronomy, and are aimed at an accessible price point, but the original Parisian one remains staunchly aloof, whilst its pluckier London counterpart seems more willing to make friends and join the party.

the original Parisian one remains staunchly aloof, whilst its pluckier London counterpart seems more willing to make friends and join the party 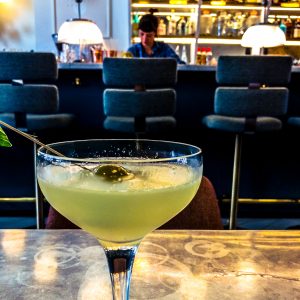 The firstborn, located on rue de Nil in the 2nd arrondissement, is very small (26 covers) – all brushed steel tables and neatly-brushed regulars (the regulars, I suspect, are a neighbourhood clique who manage to circumvent the frustrating booking process probably just by bribing the staff with Epoisses).

The Parisian one is in fact part of a little cluster of blood-related eateries: Frenchie, the Frenchie wine bar and Frenchie To Go, almost monopolising the street, in a similar way to how Les Philosophes and its sisters La Belle Hortense and Au Petit Fer a Cheval pretty much own the southern part of rue Vielle du Temple. The original Frenchie though is infuriatingly difficult to get in to. Don’t even bother trying online – for some reason the website always crashes (the cynical part of me thinks that’s deliberate). If you have the patience you can keep trying on the phone, but make sure you speak in your best possible French if you get through to the reservationist. The third option, which I tried, is to turn up on the door and chance it, asking (in French of course) if there have been any last minute cancellations and then being put on a waiting list. Others tried this too and were either turned away or re-directed to the wine bar en face. Whilst it’s good to have the wine bar option, it feels like an overflow car park and the wine bar itself is packed to the rafters – indeed, it isn’t that much of a safe fall-back option as it’s one of those places where you can’t book. I personally dislike it when restaurants and bars put up such barriers to entry. I’m not convinced it’s the right strategy to treat their customers mean to keep them keen, in the colossal self-belief they will be so busy they don’t need people to reserve. I like assurance and peace of mind when I go out – I like to be able to relax and declench, not be an anxious mess, constantly looking at my watch, or trying to beat others to get somewhere first. I get enough of that in the rest of my life. 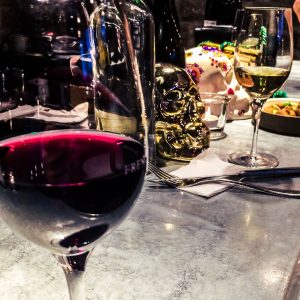 Waiting for a table at Frenchie Paris

The question is, is it really worth it, even if you can get in to the damn place after all that faff? Probably not, to be honest. The wine list was depressingly and surprisingly short. Service was hurried and neglectful. In the main restaurant there is no choice on the food menu either. You are literally given what you are given: 5 courses of small plates for 74 Euros (small plates being one of the biggest money-making cons in the restaurant world at the moment). I know that’s all part of the casual vibe, to feel like you’re at home or a friend’s dinner party, but what if you don’t want to fork out nearly 70 quid when there will be at least one dish you don’t want? The food itself is competently prepared, uncluttered, modern European in approach, but nothing special or memorable – seriously, I could’ve prepared some of these dishes myself. I wonder if the bubble will burst one day and this place will become a victim of its success…

It was, at least, a reassuring sight to see Gregory himself on a busy and hot Friday night, to-ing and fro-ing between each side of the street. I do like seeing a chef patron behind the stove, at the coal face, rolling up their sleeves and leading by example, rather than the Gordon Ramsays and Alain Ducasses of this world who now rest on their laurels and let their empires run themselves. 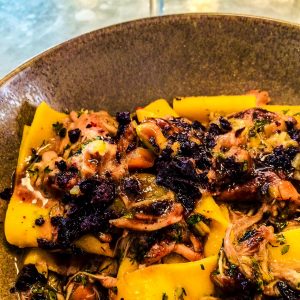 Contrasted against the stuffiness of Paris, the younger, baby-faced sibling in Covent Garden is a breath of freshly conditioned air, both in its more inclusive outlook (even the toilets are unisex) and in being a surprising haven from the tourist traps of Covent Garden. I’m not sure why Marchand chose to open in Covent Garden, with its plethora of French restaurants, but at the same time I like its understatedness. Unlike Paris, booking seemed to be a doddle. It was quiet when I went too, but I have to take into account this was on a Monday lunchtime. The white, minimalist look could be a little bland, and there are the same tried and tested industrial-style tables. In the London branch they employ similar cooking principles as in Paris, perhaps with a little Italian influence from Marchand’s Jamie Oliver days, and maybe a pinch of adjustment to London’s arguably more cosmopolitan clientele. My starter included the now ubiquitous burrata with bitter leaves, white peaches, and I swear what could’ve been crushed ginger biscuits. It was simple, clean and nice.  Rabbit ragu pappardelle (another nod to Italian cuisine) was delightful, with subtle spicing, Kalamata olives, feint dill in the background and beautifully fresh egg pasta. The house cocktails are great and the French-leaning wine list very pleasing (about the only thing that’s actually French at Frenchie). Service was good and my waitress was very friendly. Also, the lunchtime set menu is very good value.

So, as you can probably tell by now, I rate the new London branch much more than Paris: Frenchie London gets 17/20, Frenchie Paris merely 13/20, in one of those rare cases where the sequel is better than the original. Simply put, I left the London one feeling that I wanted to tell people about it and go back. I left the Paris one wishing I hadn’t tried so hard and, whilst I would give it another chance, I’m not sure I can be bothered.