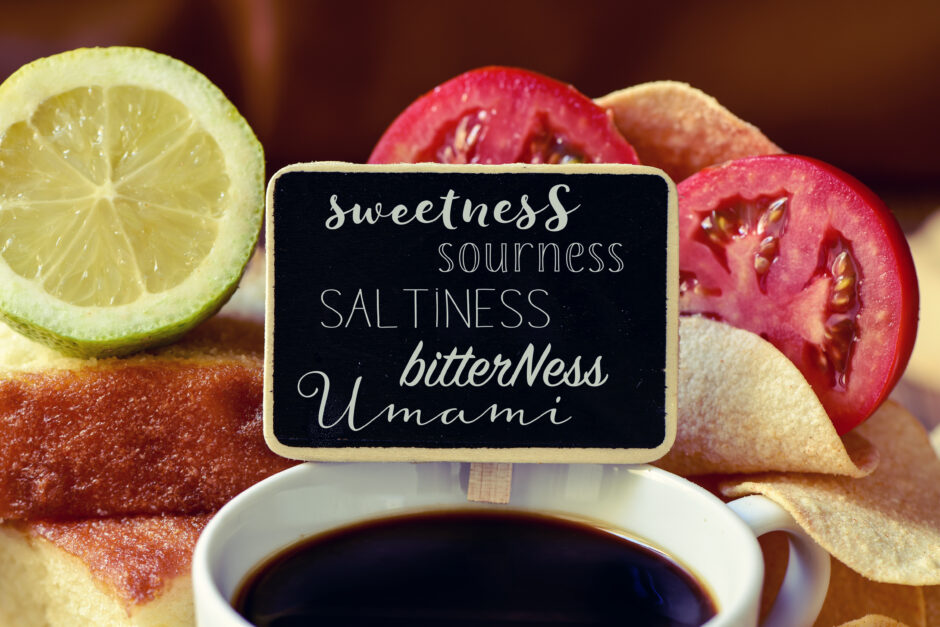 Please note: as explained further below, this article is not medical advice for treating Covid-19

The word ‘umami’ appears often in recipe books and on packages of savoury food. Top chefs value the umami qualities of their dishes. Even if you’re not sure of the word’s meaning you might guess that it is more to do with a taste character rather than specific ingredients.

You’d be right. Umami is one of the five basic tastes. It was discovered in 1908 by the Japanese scientist Professor Kikunae Ikeda who was trying to pin down what was responsible for the essential character of his favourite dishes. He realised that it was not simply a combination of the other four recognised basic tastes: salty, sweet, sour and bitter.

Umami very roughly translates as ‘pleasant savouriness’. Many attempts have been made over the years to find a single English word equivalent to the Japanese meaning of umami but all have failed, and gradually the world is coming to use this Japanese word for a particular tasty, savoury wholesomeness that is found in cuisines the world over.

The umami taste is more subtle, less obvious and more difficult to describe than the other four tastes. As a Japanese word, many people still think umami refers specifically to Japanese food rather than being a characteristic of many familiar ingredients and dishes.

Imagine you’re tasting Parmesan or mature Cheddar cheese, cured meat, sautéed mushrooms, or sun-dried tomatoes. What do they have in common? Something deeply savoury, meaty and satisfying about the mouth-feel which lasts long after you have swallowed the food. That is umami. The taste is formed by the presence of the amino acid glutamate or the nucleotides inosinate or guanylate, and is much enhanced if a combination of these is present.

Other foods rich in umami compounds include oysters and prawns, vegetables like broccoli and celery, and seasonings including ketchup and soy sauce. Marmite is brimming with umami as are the new favourite snacks for children, hummus and nori. A surprisingly wide array of foodstuffs contains one or more of the umami elements.

Umami, the body and health

When you eat food rich in umami, the taste receptors in your mouth react and your brain thinks: “a food which is tasty and therefore good for my body is coming to my stomach!” More specifically, the umami indicates that the food you’re eating contains protein, a nutrient essential to survival.

Along with the surface of your tongue and mouth, taste receptors are also present in your stomach, and these are triggered when umami food reaches it, telling the brain, which then commands the digestion and absorption of protein. The next time you eat a delicious steak or mature Cheddar cheese, think about the progression from mouth to stomach. It might taste a little different with your knowledge of the process.

Umami is not just about taste and goes far beyond mere savouriness. Your throat, the roof and back of your mouth also react to umami and promote salivation. This response is increasingly being used in Japan to treat Xerostomia, or dry mouth syndrome, and Dysgeusia, a taste disorder, both common in elderly people. 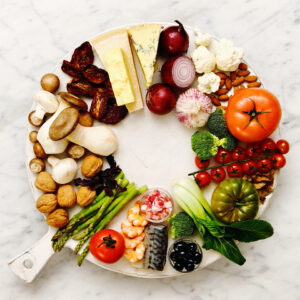 The umami ingredients board

For the past year we’ve been hearing of the curious loss of taste and smell which are now officially recognised as among the defining symptoms of Covid infection. Many Covid patients report that before other symptoms appeared, the food they ate suddenly started to taste like paper or cardboard, and smell unpleasant.

This loss of taste can be particularly hard for foodies like a friend of mine, who used to eat out three or four times per week at a variety of venues, from fine dining restaurants to cutting-edge artisanal eateries. Since lockdown closed them she became an avid sampler of high-end takeaways and meal kits. Lockdown had not reduced her income and she felt obliged to spend on restaurant food to help support the industry.

Then Covid struck her. She first noticed when she opened a curry from her favourite Sri Lankan restaurant: it smelled of dust and tasted nothing like food. The rest of her Covid symptoms were mild and soon disappeared, but six months later she continues to suffer from impaired taste and smell, long after testing Covid-negative.

A taste disorder tends to cause your mouth to go dry and depress your appetite, which is what happened to her. Her diet has since changed from gourmet food to bland processed food accompanied with supplements and anti-depressants, because she feels that fresh, tasty, carefully-prepared food is now wasted on her. This is a tragedy on all fronts: her joy of eating good food and her contributions to the restaurants have both been lost.

A study carried out in Japan a few years ago revealed that taste disorders are becoming increasingly common worldwide and are not limited to the elderly. Some sufferers can perceive the strong basic tastes but not the more subtle umami. The cause is rarely virus-related, and symptoms appear to correlate with stress levels and consumption of highly-processed, sugary and salty junk food.

Umami as a remedy for dry mouth syndrome

Receptors in your tongue sensitive to glutamate in saliva continue to function and improve digestive activity even when your perception of taste is impaired. It has been found that the consumption of umami foods encourage salivation and in consequence better appetite and a more effective digestive system, all of which promote better health and help to ameliorate taste disorder.

In Japan, water infused with the seaweed kombu, or kelp, is widely used to treat dry mouth syndrome. The treatment was developed by a team of scientists at Tohoku University Graduate School of Dentistry, led by Professor Emeritus Takashi Sasano. Kombu is rich in glutamate and is a crucial component of dashi stock, a key ingredient in Japanese cuisine. Rinsing the mouth several times a day with kombu water has been found to promote salivation and keeps the mouth moist longer than other stimulants such as lemon water. Little by little, appetite and the perception of taste return.

It’s no surprise that kombu has become the ingredient preferred by Japanese experts for this umami-based treatment: it is the foodstuff from which Prof. Ikeda first identified and extracted the most commonly-found umami element, glutamate.

At present, the search continues for the cause of taste disorder in Covid patients. Some studies suggest the culprit could be the loss of smell; others indicate that the taste receptors themselves might be impaired. As the treatment using umami only works for the relief of dry mouth syndrome, it is clearly not a complete cure for Covid-related taste disorder. However, a small but significant number of patients suffer this long-Covid taste impairment and complain of dry mouths, like my unfortunate foodie friend. Might there be scope for effective rehabilitation for her using kombu water? What other uses might umami have? The research into the health benefits of umami has barely skimmed the surface.

This article was written by Margaret Wynn with assistance from the Umami Information Center (UIC) in Japan. You can find out more about Umami on Instagram @umami_fun or on Facebook @UmamiInformationCenter.

The views in this article are the author’s and are intended to inspire thought but should not be regarded as medical advice for treating Covid-19.

The ‘umami ingredients board’ photograph within this article has been reproduced with permission from the UIC. Cover photo licensed by Adobe.

The High Street: A Manifesto

1st May 2021
About last night: an impromptu Clerkenwell crawl w